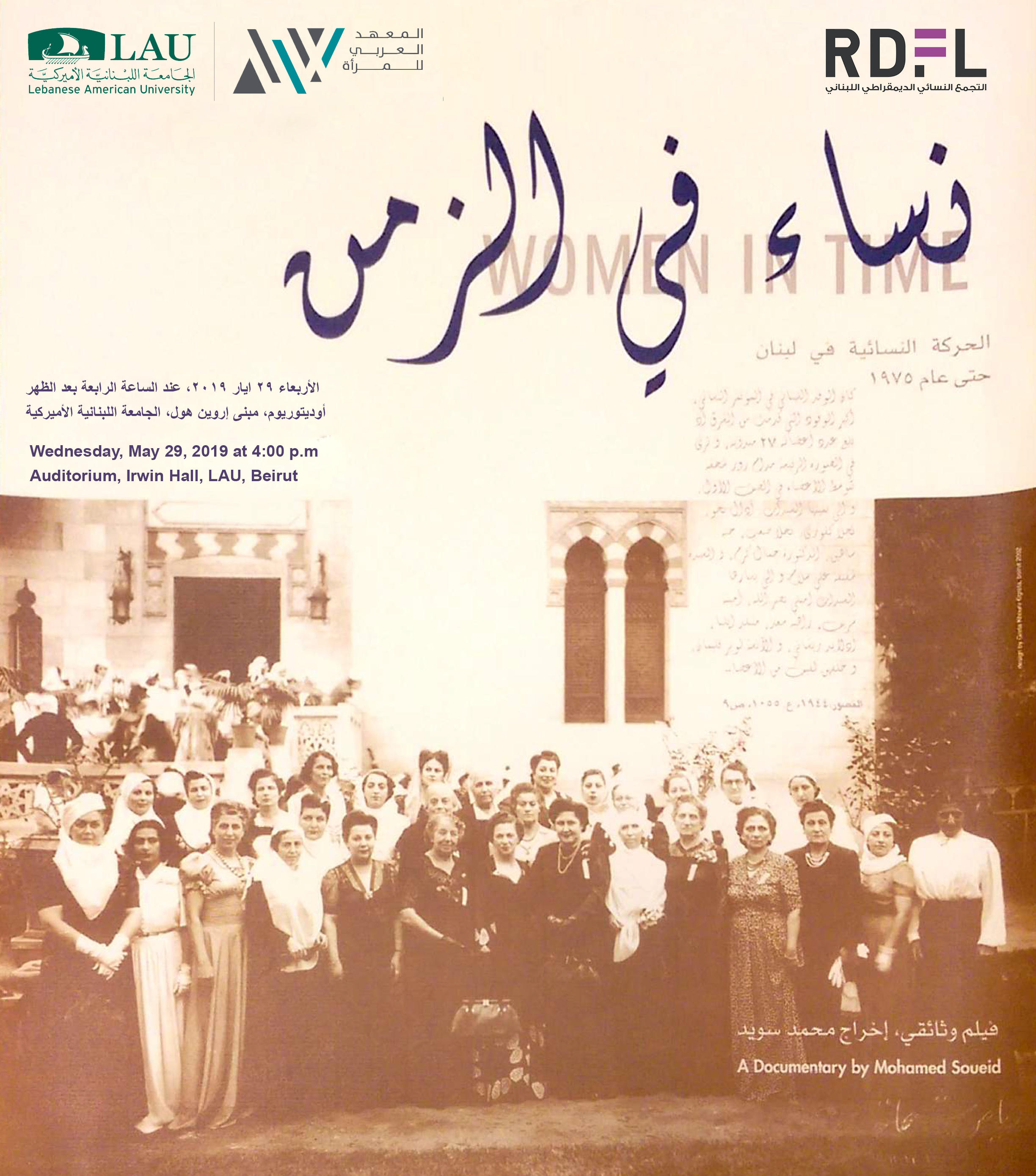 In collaboration with The Lebanese Democratic Women’s Gathering (RDFL), the Arab Institute for Women (AiW) organized the screening of “Women in Time” at the Lebanese American University (LAU). Women in Time – Profiles of Activists in the Lebanese Women’s Movement up to 1975, is a documentary produced by AiW, directed by Mohamad Soueid, and presented at LAU Beirut in 2002.

This film is a documentary that traces the evolution of the Lebanese Women’s movement from the late 19th century until the outbreak of the civil war in 1975. Through the stories and narratives of feminist pioneers, the film manages to trace the history of the feminist movement in Lebanon and the women who fought relentlessly for gender justice.  The screening was coupled with an exhibit “Women, power, and politics: Timelines and Milestones” which aims at documenting prominent women who took part of the women’s movement in Lebanon for three consecutive days at LAU Beirut campus, and funded by Hivos.